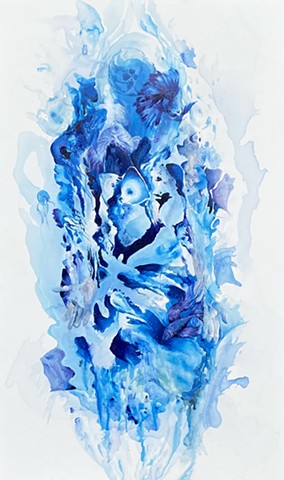 “We are a wave appearing on the surface of the ocean. The body of a wave does not last very long – perhaps only ten to twenty seconds. The wave is subject to beginning and ending, to going up and coming down. The wave may be caught in the idea that ‘I am here now and I won’t be here later.’ And the wave may feel afraid or even angry. But the wave also has her ocean body. She has come from the ocean, and she will go back to the ocean. She has both her wave body and her ocean body. She is not only a wave; she is also the ocean. The wave does not need to look for a separate ocean body, because she is in this very moment both her wave body and her ocean body. As soon as the wave can go back to herself and touch her true nature, which is water, then all fear and anxiety disappear. “~ Thich Nhat Hanh.